Home | Resources | The amazing athletic capacity of the horse
The sheer power of a galloping horse is a truly awe-inspiring sight. Millions of people spend their lives training these amazing athletes to fulfill their potential and become a champion, while millions more derive pleasure from watching these animals compete in a variety of equestrian endeavours. 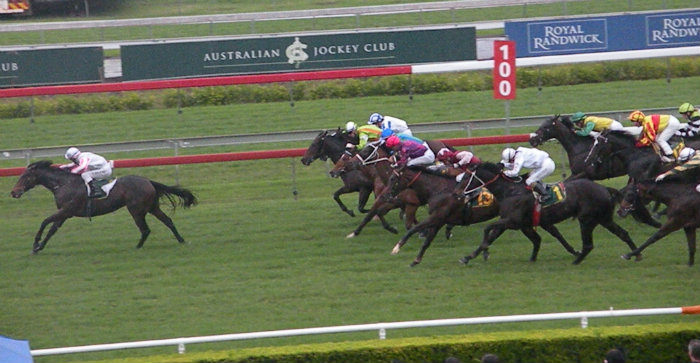 Horses have very large hearts, which move large amounts of oxygen-carrying blood throughout the body.  The heart gets larger and more powerful with training, and larger hearts correlate with an increased exercise capacity. Haemoglobin (found in red blood cells) is what transports oxygen from the lungs to the muscles and other organs of the body. The blood is not the only source of red blood cells for the horse. The horse has a large store of red blood cells in the spleen, which can be mobilized by contracting the spleen during exercise - this can double the red blood cell level!!

The horse’s blood volume also increases with training. This helps with not only maintenance of circulation, but also assists in cooling the horse during strenuous exercise.
The horse stores large amounts of energy in the muscles. The muscles cells of horses also have a high capacity to use oxygen to provide energy, giving them a high aerobic capacity. As horses get fitter, the number of mitochondria (the oxygen-using powerhouse of the cell) in each cell increases, meaning they can use more oxygen and create more energy for muscles to work.

The energy required by the muscles when galloping is reduced by having very little muscle tissue in their lower limbs. Instead, there is a system of tendons and ligaments, which not only reduce the weight of the legs, but act to store energy like springs, which is released during the propulsion phase of the stride.
The respiratory system of the horse is also highly evolved for running. The gas exchange surface area in humans is approximately the size of one third of a tennis court. The gas exchange area of the alveoli of a horse is about ten tennis courts in area! Despite these adaptations the horse’s respiratory system is the limiting factor for athletic capacity.  While galloping, all normal horses become hypoxaemic, which means that the level of oxygen in their blood is lower than normal. This does not occur in humans. One of the possible reasons for the hypoxaemia is due to the fact that horses are obligate nasal breathers (they have to breathe through their nose). They also have a long head and neck, and therefore the air they breathe has to travel quite a distance before any gas exchange takes place. This is called ‘dead space’.  The horse’s respiratory system cannot supply oxygen as fast as the heart and muscles can use it. It is easy to see why even small problems with any part of the respiratory system can have a large effect on performance where speed is important. 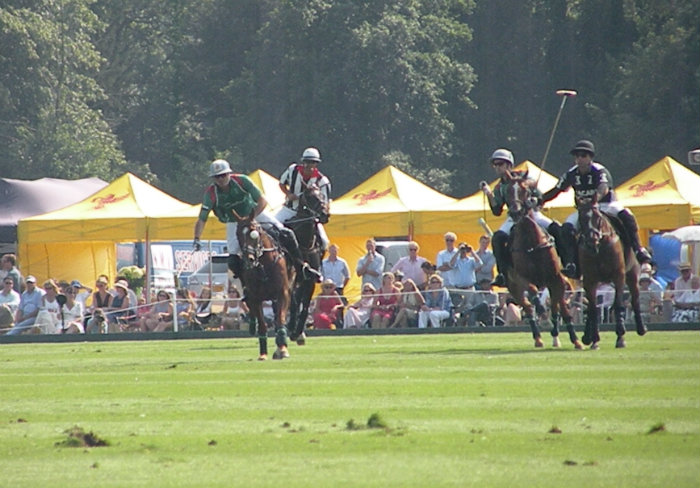 Most of the energy supplied to a horse’s galloping muscles comes from aerobic metabolism i.e using oxygen. Even a 1000m sprint relies mostly on aerobic metabolism. However, when all of the energy cannot be supplied by aerobic metabolism, the deficit must be supplied by the anerobic pathway (which generates lactate). Lactate can be metabolized and used as an energy source, but during anaerobic metabolism it builds up in the muscle, which contributes to fatigue. As training progresses, the aerobic capacity of the horse increases, which decreases the amount of lactate that accumulates at a given speed.  After exercise, lactate is cleared from the muscles and metabolized by the liver. (Contrary to what used to be thought, excess acid levels in the horse’s muscles do not contribute to ‘tie-up’.)

Horses have an efficient sweating response to exercise. In hot, humid, climates, horses can lose 10 litres of sweat per hour. Sweat is very high in electrolytes, so heavy sweating can deplete the horse’s body of electrolytes such as sodium, potassium, chloride and calcium. If these are not replaced effectively, they can develop problems such as muscle weakness or ‘thumps’ (synchronous diaphragmatic flutter).

When we look at all the amazing adaptations that make the horse such a superb athlete, it not only gives us an appreciation of this animal, but gives us insights as to how we can best care for and manage our equine athletes, no matter what the discipline.